A last ditch effort to stop the Bruce Oake Recovery Centre from rising on the site of the closed Vimy Arena has been turned down at city hall.

A committee of four councilors voted against an appeal by local residents.

170 people registered an appeal in opposition of a conditional use application approved for the 50-bed long term drug treatment facility.

Of those, about a dozen were on hand to address the committee Thursday, voicing concerns about loss of recreation and park space, safety and the belief the project could devalue their homes. 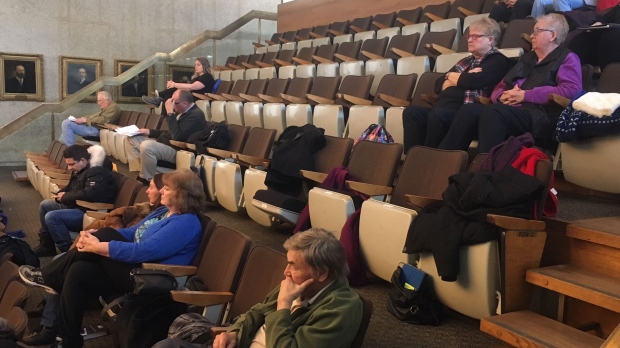 One resident says locating the facility in a residential neighbourhood is "extremely dangerous."

The facilty is named in honour of Bruce Oake, who died from an accidental overdose. His dad Scott Oake says the plans will see more green space added, the public will have access to a gym on site and he says the safety concerns are based in part on fearmongering.

Oake says shovels could be in the ground by August.